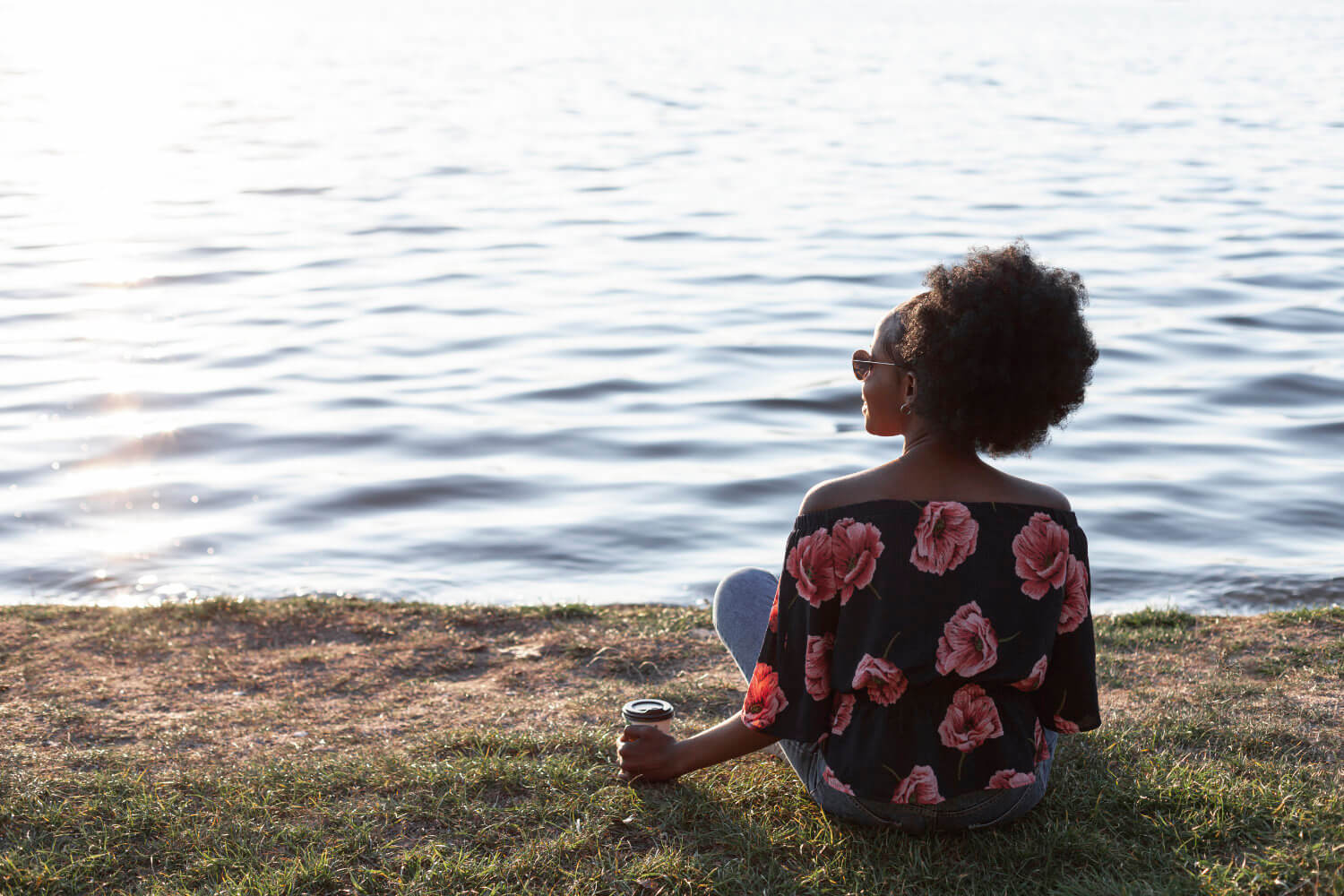 My name is  Grace and I live in Lunga - Lunga, I am 19 years old and I am single. I graduated  form 4 and I come from Makueni County. I remember I was in a relationship and my boyfriend was 22 years old. It was such a rocky time in our relationship  that we took a few months break from the relationship and dated for 2 more years later on.

I  terminated a pregnancy in 2015; I was 17 years old back then. I got pregnant and I did not know because I was using P2. I missed my period for the first  month and then again for the second month. Suddenly, I started feeling  nauseas, became picky with food and realised that I could be pregnant. I  started panicking and went to a friend who was about 4 years older than me. She helped me get a pregnancy test, I tested and it turned out to be  positive. I was so shocked. I was scared. All I could think of was; What am I  going to do, how will I tell my mom, the exam is in 8 months, what is next  for me?. I knew my mom would not be pleased. After the test, I took a week to think about it and decided that I could not keep it. I went back to my friend and told her. That’s when she told me that she knew someone. She said ‘I know  someone who can do that for you’, I asked her to take me there and made her promise not to tell anyone.

We went and the place looked weird, it was not a hospital, it was just a room with only one man, I remember he looked old, retired and unprofessional, but he assured me that he had the experience. He had all the equipment on a table next to the bed. I knew it was not safe but at that moment he was the only  one to help me. He asked for 5000ksh, I told him I did not have that amount,  he said ‘Go home and think about it’. I went back to him the next day and  told him I only had 3000ksh. He then agreed but told me that he will not  finish all of it, he will just give me pills and it will come out on its own.

He inserted the equipment inside me and it was so painful. I heard something pop. He proceeded to insert some pills; he then gave me some to swallow and a  pad for the bleeding. I went back home and I was not bleeding yet. The next day I woke up and I was feeling terrible, I can’t even describe it, it was so  uncomfortable and painful. My mother became very worried, together with my  brother they came to check on me and request to take me to the hospital. I  refused and asked only for painkillers or malaria tablets. I called the guy I was dating at that time, he was against the abortion but I told him, I am too young, I am not ready to be a mom; he felt bad for my condition and came home  to visit that morning. Unfortunately there was nothing he could do and he  left.

The pain became unbearable, so I had to tell my mom, I revealed everything to her. She asked me how? I assured her that I used P2 but I did not know that if you take it more than 3 times in a month it stops working. She then called a boda-boda to take me to the hospital and we went to Shalom Hospital.

Once at  the hospital, they used a machine. What came out of the machine were the  pills and the doctor who attended to me at Shalom hospital said that the pills I was given were so dangerous that it could have killed me. He then used another machine on me and some things came out. I was then placed in a  room to rest and recuperate. A few months later I started a long term contraceptive method, but right after the termination, I did not have sex until I finished school.

There was  a girl in my neighbourhood who almost died last week from an unsafe abortion. She passed out in her house, covered in a pool of blood, when people found out, she confessed that she attempted an abortion and her dad took her to the hospital. People in the community know about my abortion story, and I don’t  know how they know but I suspect my friend told them.

Note:
All participants used pseudo-names for security purposes. All places, timelines and events are exactly as shared by the women.