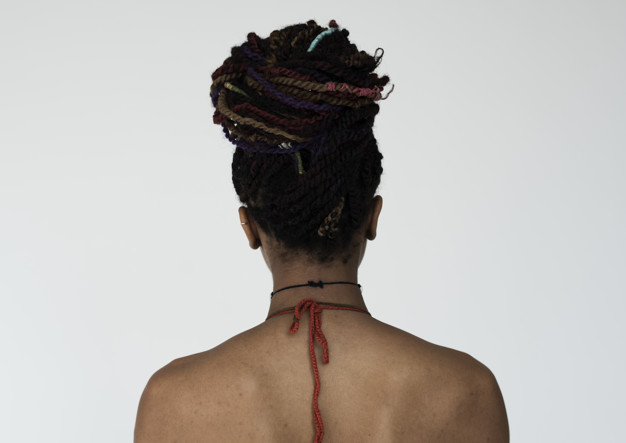 My name is Kate, I am 26 years old and I have a 3-year-old son. I work as a cashier at a restaurant in Nairobi. I had my son in 2015, life was very hard at that time for me but now he is the best thing that ever happened to me. He stays with my mother in Kakamega but I make sure to see him as often as I can. He is my world. I am currently a single mother and I am not in a relationship.

I was 21 years old when I had the first abortion and had just moved to Nairobi. I grew up in Kakamega. I got into a relationship with a man and it was very complicated. He was married and our families knew each other. I knew he was not a man to be in a relationship with but because of my situation, he was the best I could find at that time. I have 8 siblings and my father works in Nairobi as a school teacher, my mother lives in Kakamega and does not have a job. The little my father makes he sends home to my mother to take care of us.

I was very naïve and the man I was seeing promised me a better life and took really good care of me at that time. I did not lack anything and was even contributing to paying bills at my father’s house and sending money to my mom. One time I did not have school fees and he paid for my school fees, 70,000ksh in total, he was a very generous man.

After seeing each other for a few months, I got pregnant and he blamed me for being careless and letting myself get pregnant. I understood then that it was my fault and I suggested to abort it and he agreed. At first, he said because it was my fault he will not pay for the termination, I had to threaten him that if he does not pay I will tell his wife; that scared him and he gave me 7,000Ksh to have the abortion. I did it in a private hospital. I did not tell anyone about that first abortion, only him. He referred to the doctor who helped with the abortion.

The second abortion I went back to the same doctor because he is the only one I knew and he gave me a discount on the second one because I did not have money. The man who got me pregnant refused to assist. He said the first pregnancy he can accept it as a mistake but the second one I was stupid. Again, I threatened to tell his wife, he fought me about it and ended up giving me 4,000ksh. The third abortion he said the same thing and of course I threatened him because it was the only way to make him take responsibility. This time he said that everyone already knows I am a whore and by telling his wife I will just make things worse for myself. By then people knew that I was having an intimate relationship with a married man. After all that he decided to give me 500ksh. That’s when our relationship started coming to an end. 500 Ksh was not enough; I was already 3 months pregnant. I did not know because I kept seeing my period. I struggled to find the remaining cash and it became too late, at 6 months my doctor refused to terminate the pregnancy and referred me to another hospital saying it will be around 15000ksh because the pregnancy was too big. I did not go. A few months later, I conceived my son.

My son does not know his father because that man did not want to participate and still does not know where my son is. He knows that I gave birth and that I travelled to Kakamega to give birth when my father kicked me out of the house after finding out that I got pregnant by the neighbour. I am very hurt but my mother has been a great support to my son and me.